Feel bad for taking so long to update but finally have something to share. In my downtime i have been starting to learn Zbrush and am finding it to be a really useful tool in a film production environment. This is an early experiment from the weekend created from a simple basemesh. It was fun sculpting all the little details in the face, i really learned a lot. Seems like most of my co-workers have a "Primate with Horns" design in their portfolio so i thought i would give it a try......(even though it doesn't make a ton of sense from an evolutionary standpoint) it was still fun to do. :) 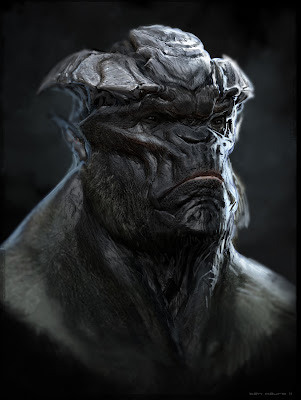 An early test while learning the tools in ZBrush, rendered in Keyshot. 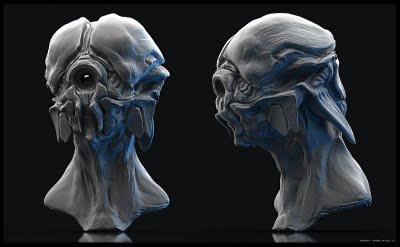 Thanks a ton to Andrew Baker for putting up with all my questions while learning the program over the past month or so, and to the Eat3D guys for making such informative tutorial DVD's. Will hopefully have something more interesting to show soon! 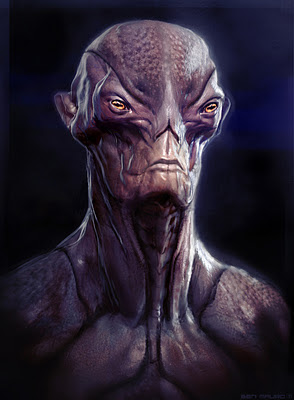