"On their home worlds, do the buggers put on human masks, and play?"
-Orson Scott Card

Just having some fun on the weekend after re-reading one of my favorite Sci-Fi novels. Initially i was starting to do some sort of Nirasawa looking creature, but then changed it into something more fitting to the book....this one being some sort of larger warrior class of Bugger. It's still not pushed far enough in my opinion (or scary enough), i will try to do a more alien version.....possibly with multiple eyes/limbs and more insect inspired forms pushing it away from its current anthropomorphic proportions as another direction.

One thing i wanted to capture with the Buggers was something that could initially seem scary, but by the end you could sympathize with them (as Ender does by the end of the book). It could go either way really.....as some scary completely unrelatable creature that even the audience has a hard time understanding visually (which would probably be the most interesting) or something that is easier to understand and can quickly get sympathy from a larger audience (but not nearly as interesting). Anyway.... here were a few ideas, if i have time i might do some spaceships or some concepts of Ender at Battle School. 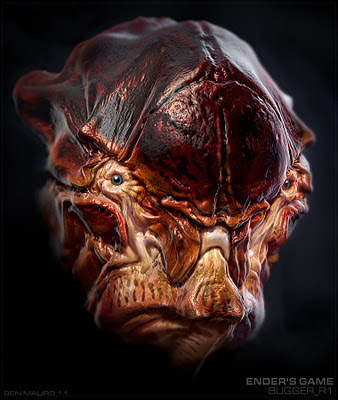 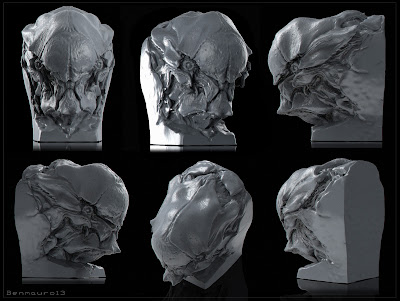 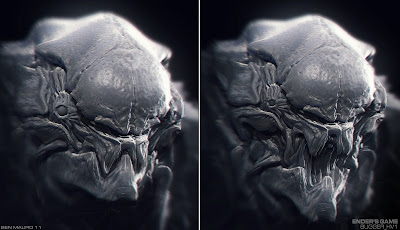