New trailer for our game released! Hope you guys like it, has been a blast to work on. :)
Have been heavily involved in the Forerunner design on Infinite, was super cool to see this space come together working with Sparth and the talented environment team (Chiyo Lai, John Flath, Jihoon Kim, Patrick Hammond and many others) at 343!

This project has been a huge full circle experience for me. One of the reasons i became an artist in the first place was because of the original Halo game(s). I wanted to design levels/architecture specifically because of how interesting i found the Forerunner designs to be. So to be able to come on board and do exactly that after all these years, my 17-year old self is very happy right now! 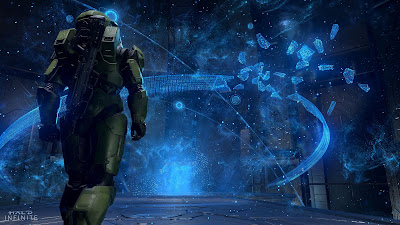 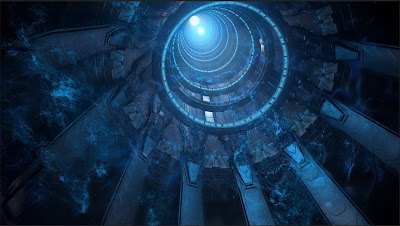 Cool to see some concept art get released already for Halo Infinite! These were a couple early collab pieces between the incredible Sparth and myself done during production of the trailer that were officially released. Has been a career highlight having him as an AD, learn so much everyday! :)
The first one was an image trying to figure out the overall space of the forerunner room before taking things further. 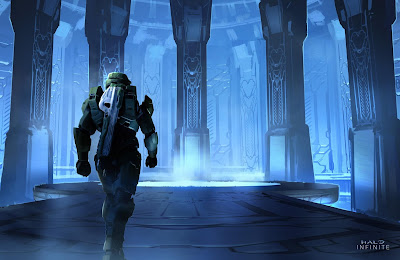 The second is a concept for the low power version of the Pelican after the pilot has been living alone for a while. I was tasked with creating some early lighting images (low/full power, emergency/warning) for the story that Dan Chosich needed in the trailer. Look forward to sharing more as they get released, fun times! 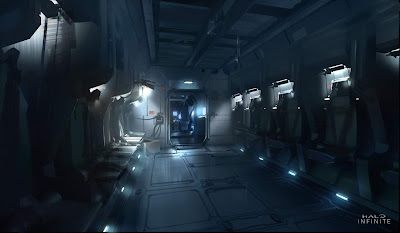 Shot in the trailer. 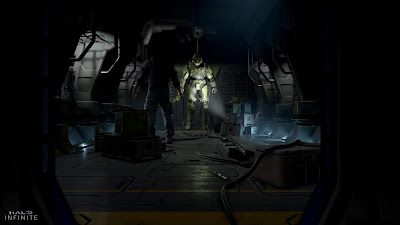