Read that Boston Dynamics got the contract to develop a militarized version of their BigDog robot called the LS3 (legged squad support systems)....here's what i thought it could look like. Its very much an idealized "hollywood" version, i doubt some of the servo-based joints i used could take the +400lb loads that the real one needs to take and still function properly.....might work everything out a bit more at a later date. Really excited to see where that technology goes by the time its ready for mass production in 2012! 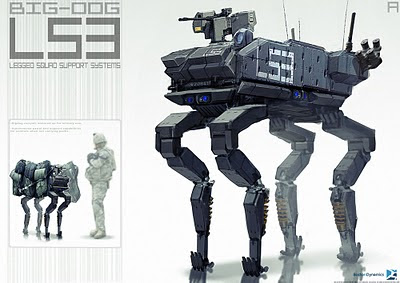 And heres his older brother, 'BigSpider'. 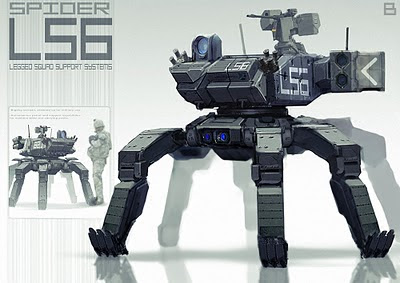 I will be updating over the next week or two with development work/internal designs on these that is almost done. 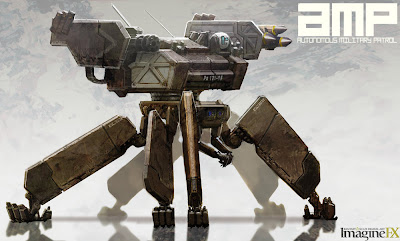 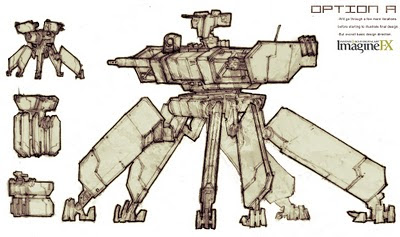 Also turned off comments....blogger commenting has turned into a mini AIM...gets too distracting for me.....there also seems to be an abundance of spam posts linking to buy shoes....in China. So just email me or something (but not about shoes in China).

Back into my cave for another 6 months. :D
Chur Chur.
Posted by Ben Mauro at 7:41 PM