This critter was sitting on my hard drive for a while, finally got around to rendering up the top view. Some sort of alien winged poison dart frog type creature that has the ability to glide from tree to tree, this guy is a bit smaller than the green variant and also has a thin membrane between his back wings to help glide/maneuver faster to evade predators. Will be doing a more elaborate rendering of the design soon posed on a branch or something so you can see it in a more dynamic view and/or maybe a grey render to show the form a bit more clearly? Similar to other creatures in this world it sees its surroundings with some sort of sonar type pulse, the head is some advanced almost completely circular disc type form, almost like the big radar dishes you see on AWAC’s, so this little guy has a very clear picture of his surroundings from 360 degrees while it is in the air. Think it would look really cool as this creature twists and turns in the air and this disc head form rotates first as it leans into turns, like some strange shifting geometric form cutting through the air. 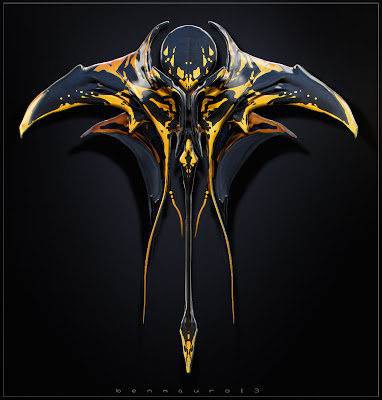 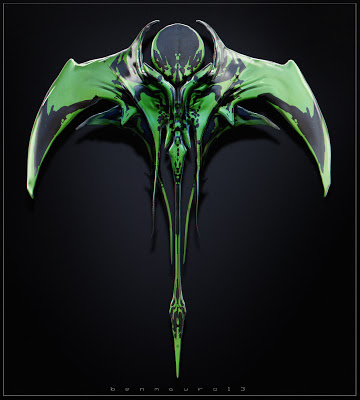 A bit hard to see the design with the poison dart frog paint-job so here was the block-out of the model. Will detail him up and make a bit more sense of the design before i do the more dynamic pose/render. 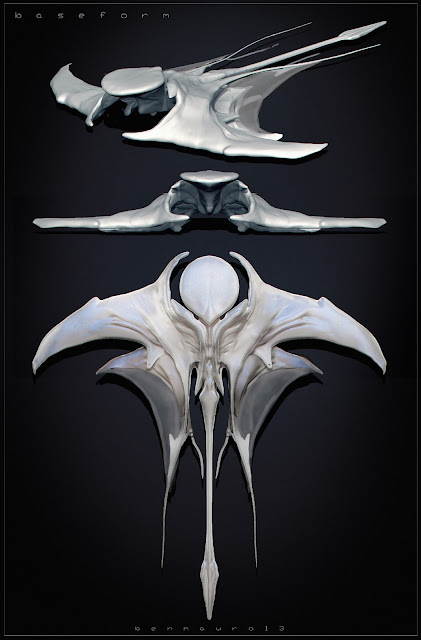