Late night experiment listening to Banks "Use of Weapons" and trying to make some form of alien life that i haven't seen before (i hope!). I imagine this life form to see the world through energy and touch alone, no 'eyes' of any sort. Its form while in travel/motion spreads out really wide like a wing or almost bird like form, when it interacts with another object the hallow arterial banding rope-like forms of this entity then come together to form fairly coherent arm like structures to manipulate, interact and understand its environment. I imagine in motion would have constant parts of itself feeling and exploring to get a stronger mental picture of its surroundings, its 'brain' is located in the area that vaguely resembles a 'belly/chest' form.

Will do the 'in motion/flight' form next and better view of full body....this guys form is crazy! Will be fun to figure out. Still need to have a think about how it reproduces also.... hmmm. 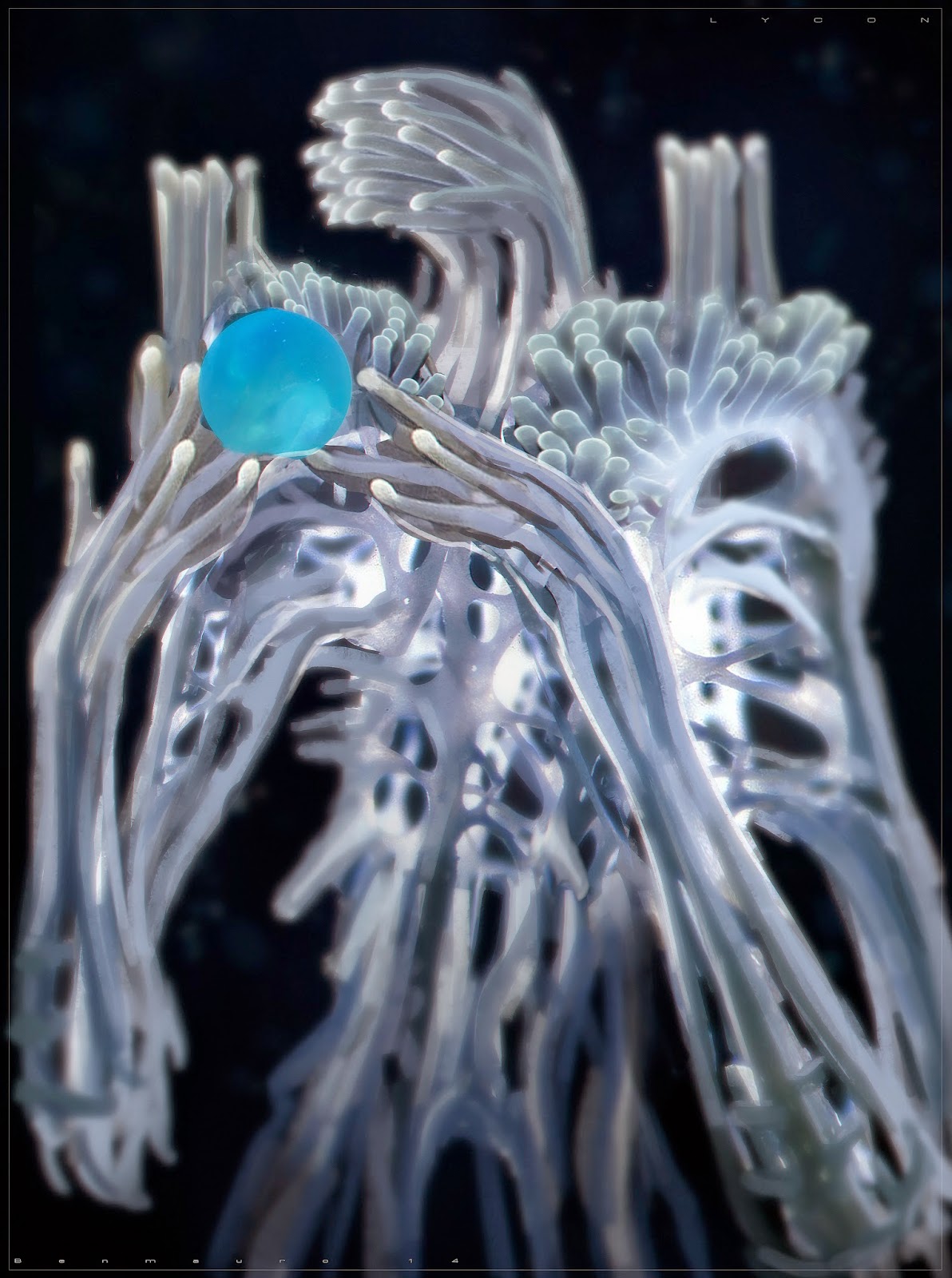 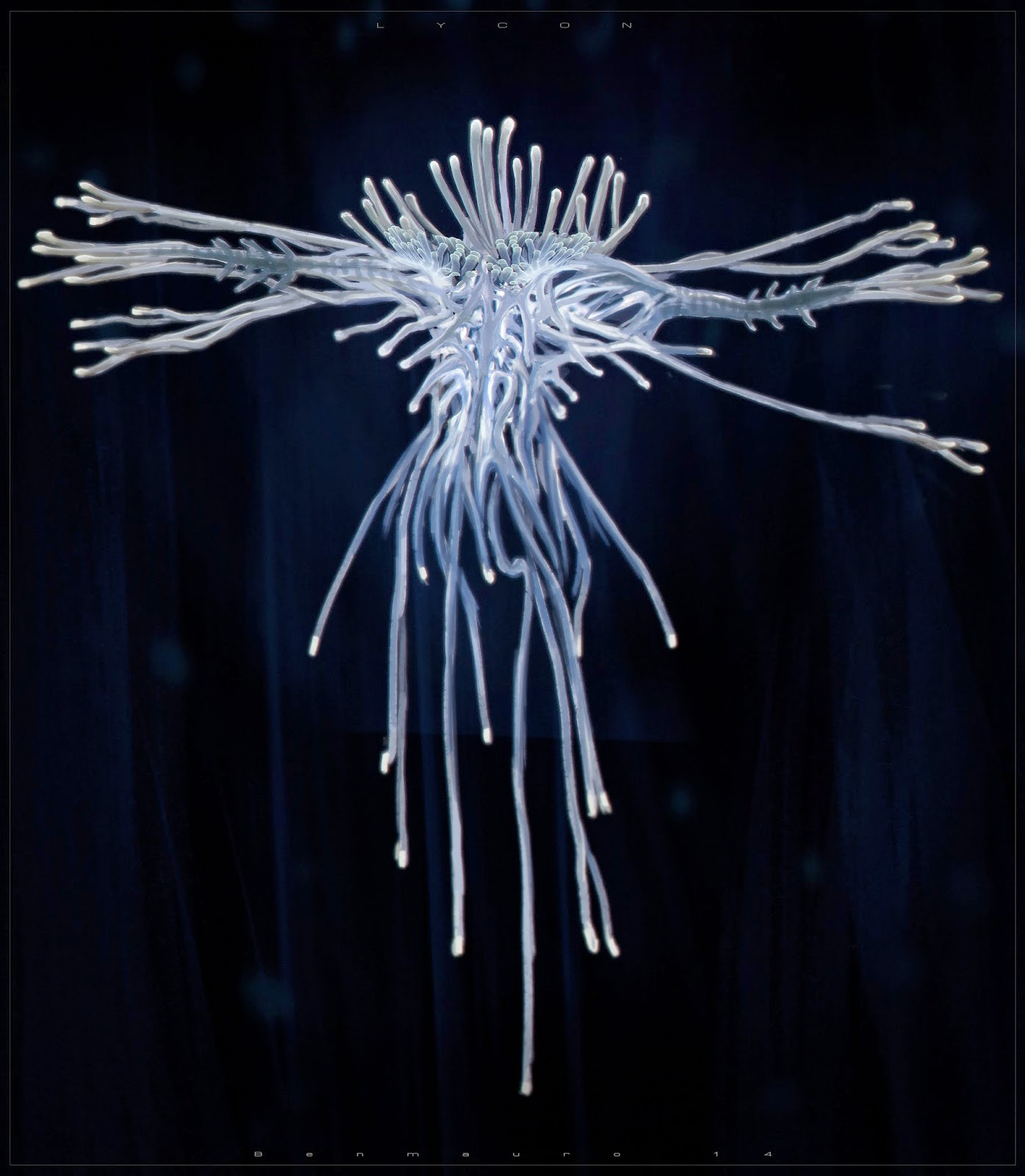 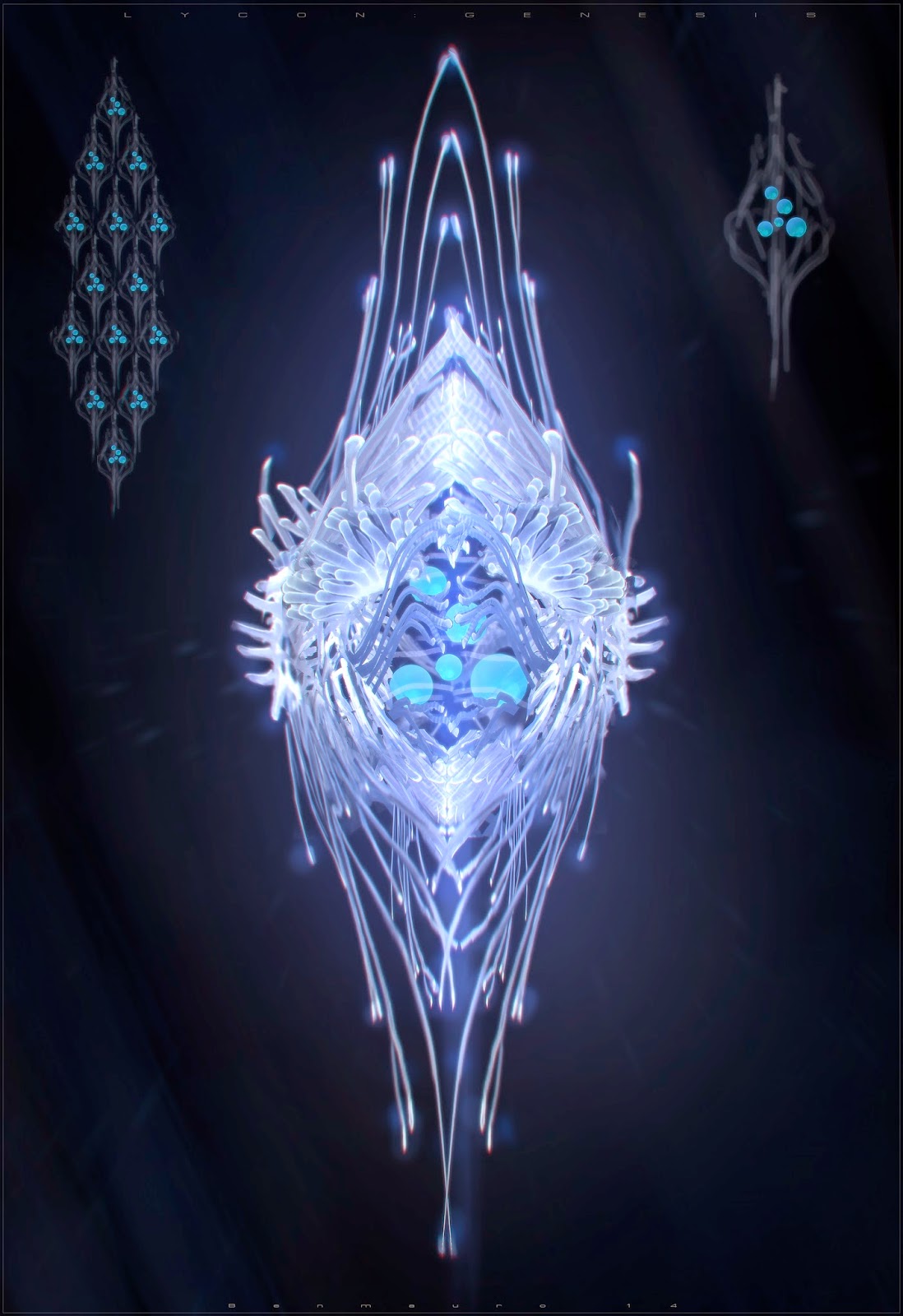 One in transit mode while traversing one of the many inter dimensional spaces it might occupy. 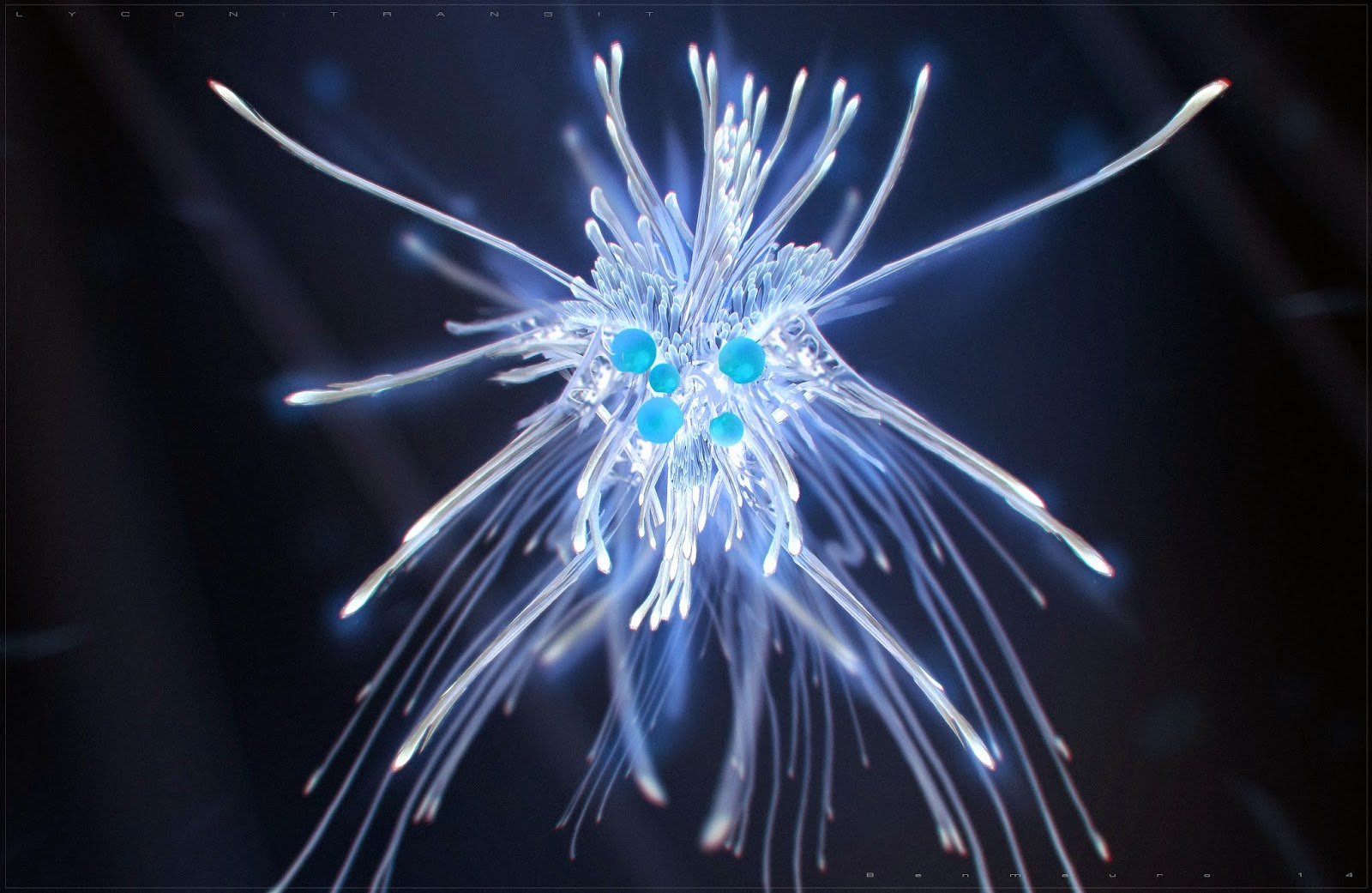 The idea is that in order to interact in a larger capacity with objects in the physical world (or possibly for protection/defense/travel?) these guys could grow or create this organic suite from matter in their environment that they would plug themselves into, essentially becoming the nervous system for this larger/stronger organic form. This is just a rough idea for one of the possible forms, given the abstract nature of the entity it could take on any form they like really. The petal forms on top would all close up once it is fully inside completely covering/protecting the entity, but the translucent nature of the object would allow you to see the entity inside while it is operating it. 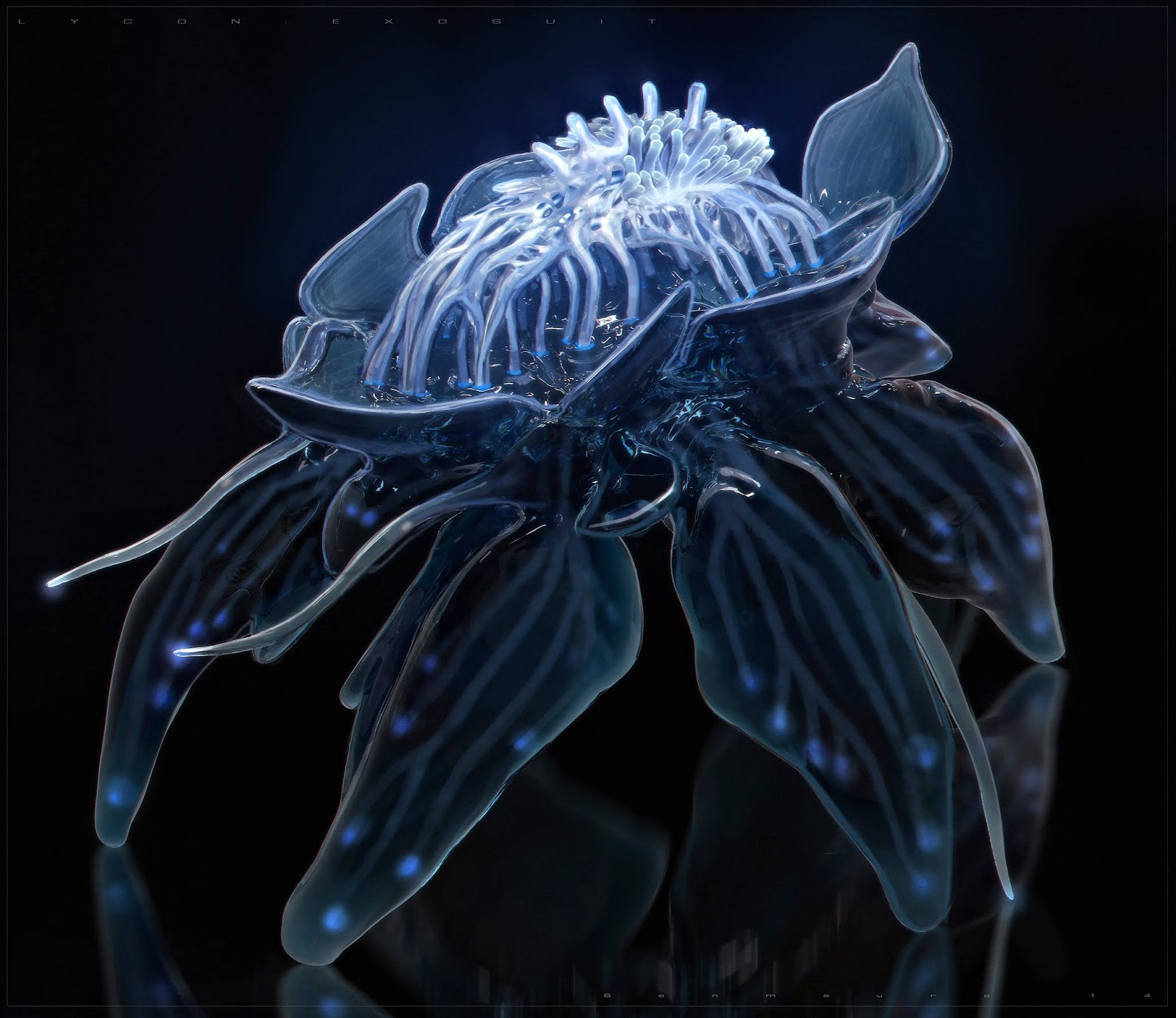 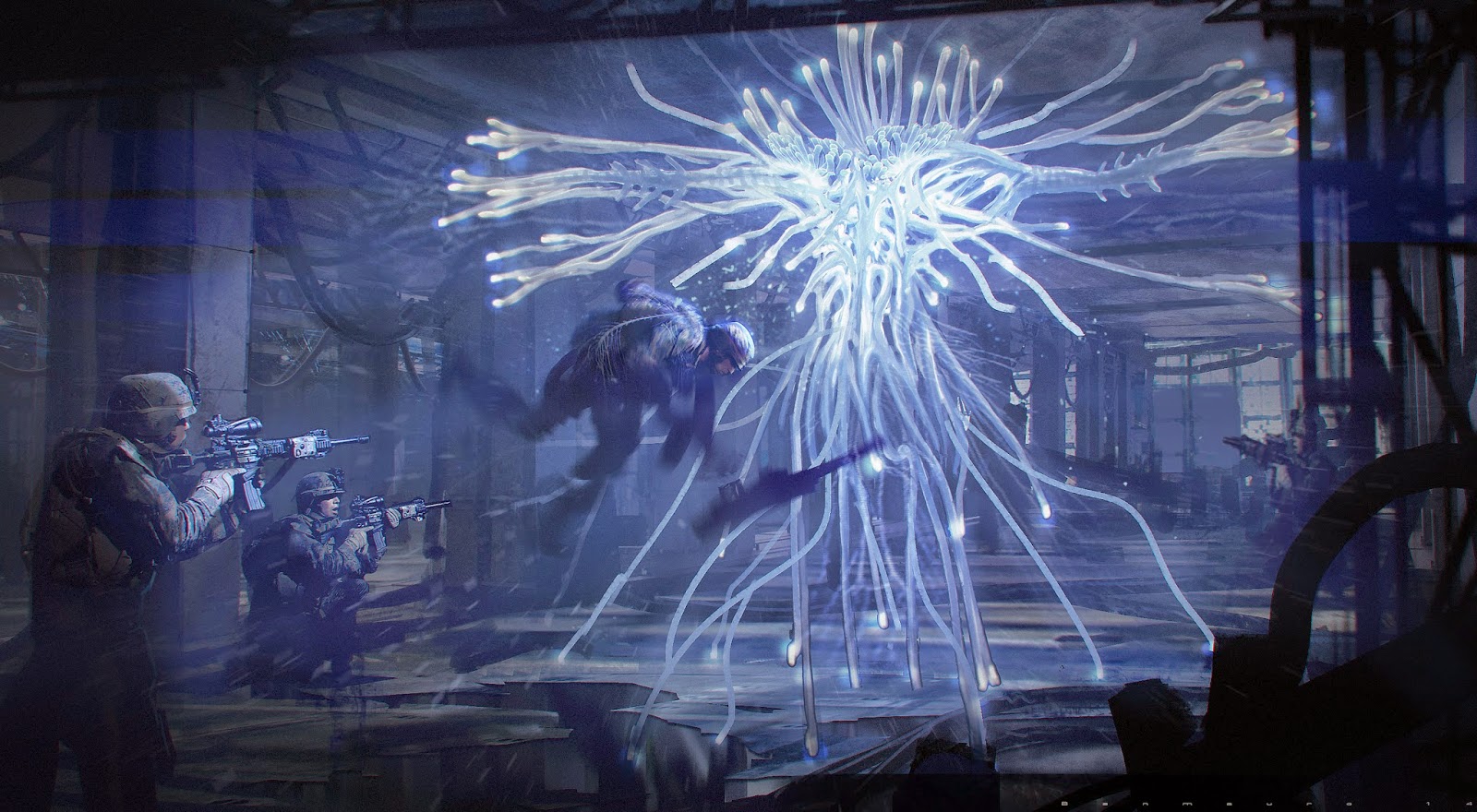 Where violence is met with violence.....in other parts of the world, worship and praise is met with understanding and curiosity..... 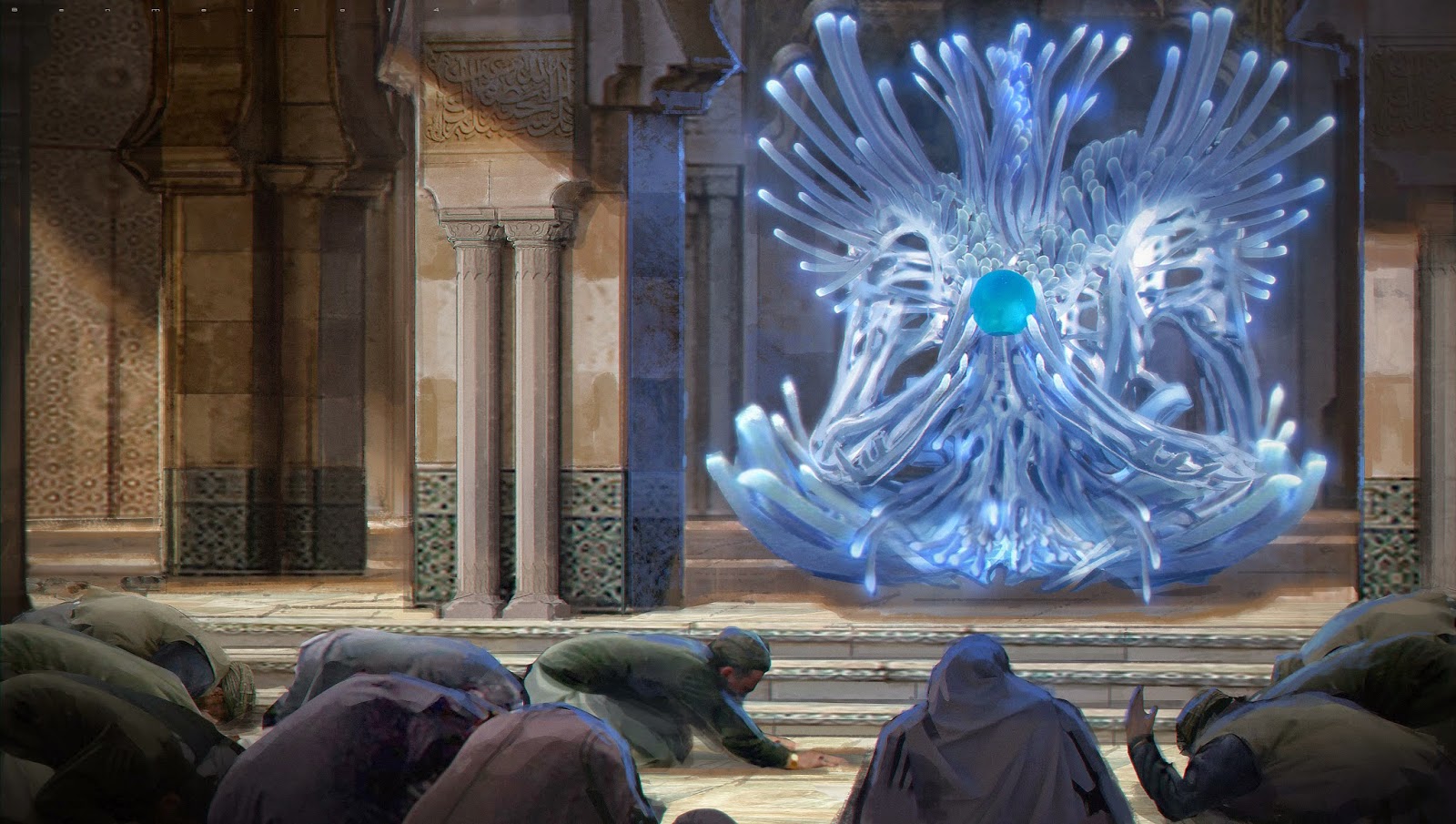 Acceptance - One human is deemed worthy, what will happen next?

"Chosen" human from previous image was given one of the life/egg/energy ball is now one of the following: 1. becoming one with the universe. 2. Life form is deconstructing the human on an atomic level and allowing it to become one with the aliens collective consciousness. 3. Human is deconstructed and broken down and is allowed for "egg" to bond with it's energy to give birth to another one of the life forms (where the human is part of the new being) that can exist on our plane of physical existence. 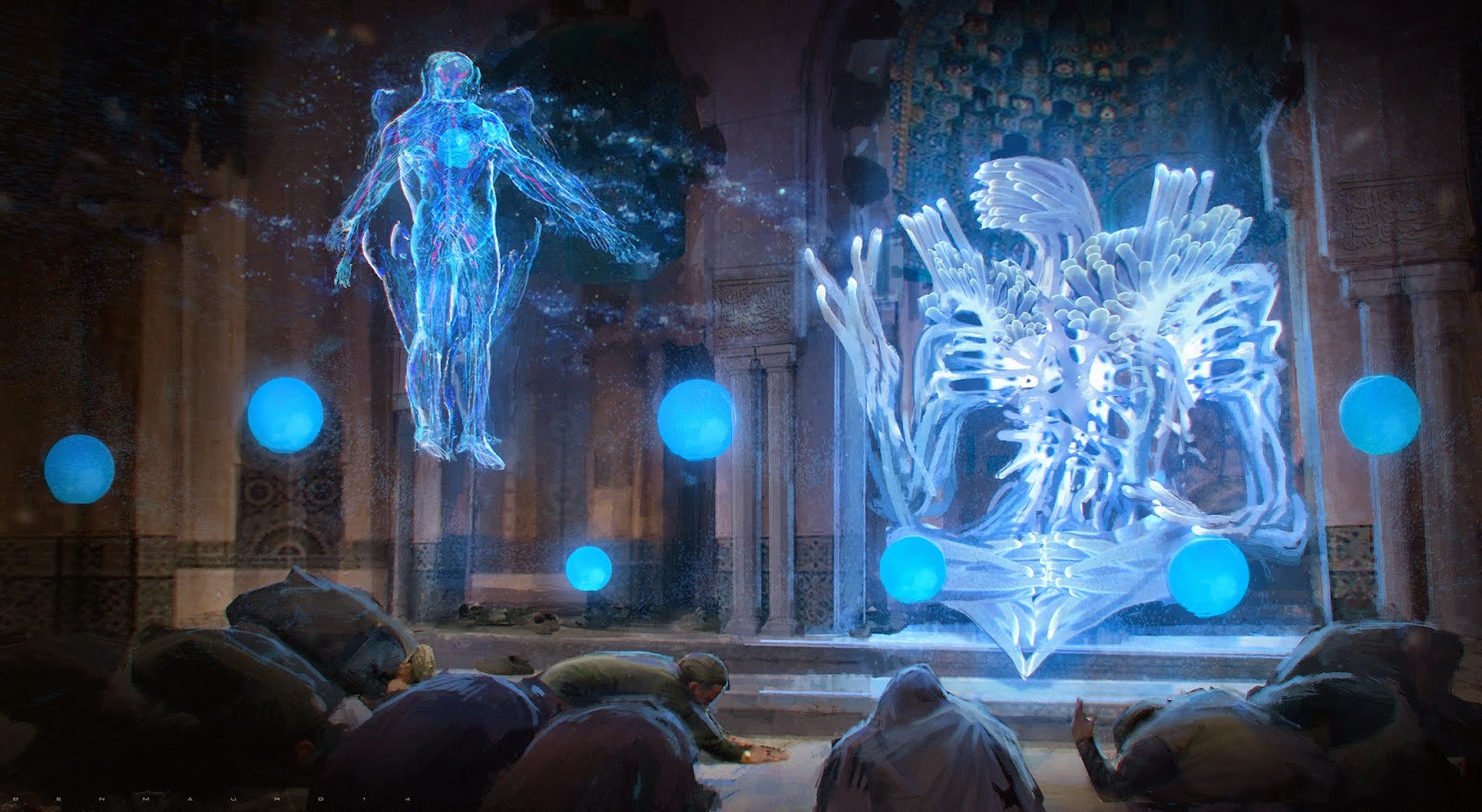 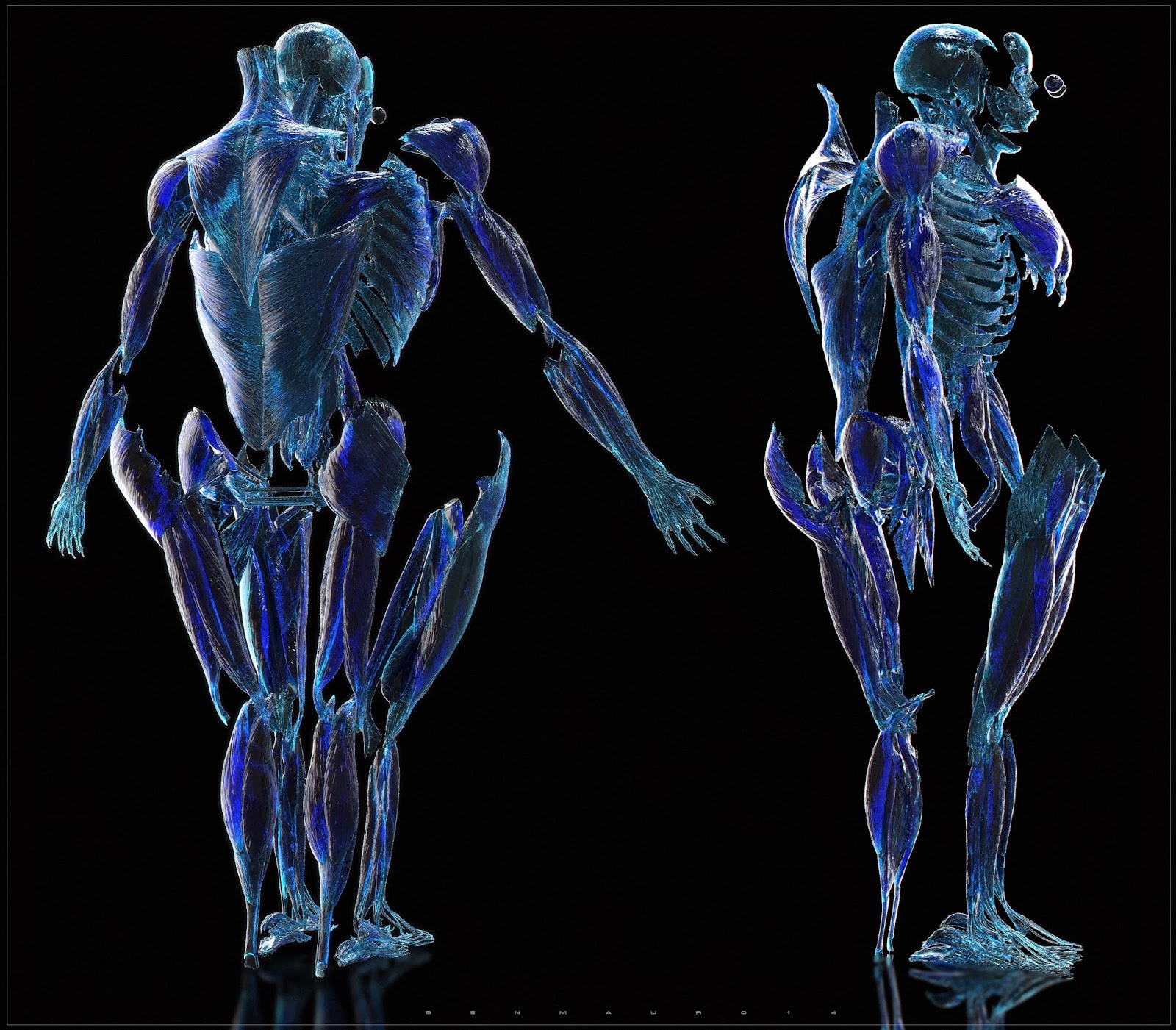